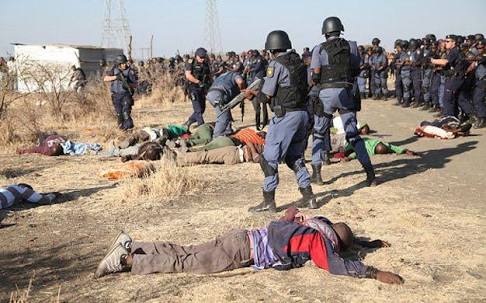 DA Leader, Mmusi Maimane, will today join the residents of Marikana in commemorating the 5th Anniversary of the tragic massacre that claimed the lives of 34 minerworkers on 16 August 2012.
DA spokesperson in the North West,       ,,,,,,  said: “Five years later, those affected by this government-inflicted tragedy – including victims’ families and loved ones – have yet to see justice served. Maimane will reflect on measures to hold those accountable for the greatest tragedy in 23 years of democracy, and steps to ensure that the families of the victims of the massacre are compensated.

The Maimane will lay a wreath at the site of the massacre in remembrance of those who died, and is expected to be joined by members of the community

You are visitor number: