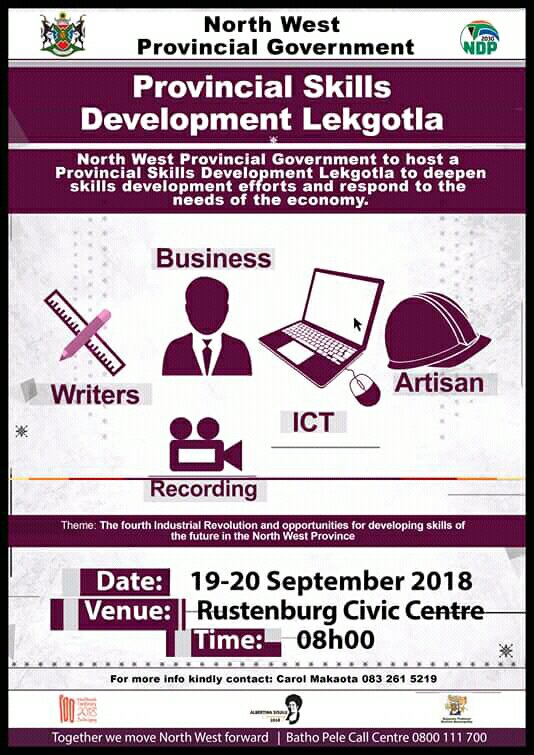 The unemployment rate in the North West has skyrocketed and to address this, Dr. Mashongoane of the National Skills Authority said consultative workshops will be held provincially. He was speaking at the first day of the North West Provincial Skills Development Lekgotla held in Rustenburg. Rustenburg Local Municipality Executive Mayor Mpho Khunou said that the municipality was facing audit outcomes and service delivery backlogs challenges due to skills shortage. He has urged the provincial government to ensure that it dealt with the acute skills shortage.

Meanwhile, acting Premier of the North West Dr. Magome Masike said that the province should take advantage of the opportunity offered by artificial intelligence. He said “this is a technological revolution that is aimed at transforming humanity as well as developing the economy not only of the province but of the country as well.”

Discussions on the second day of the Lekgotla are underway at the Rustenburg Civic Centre.